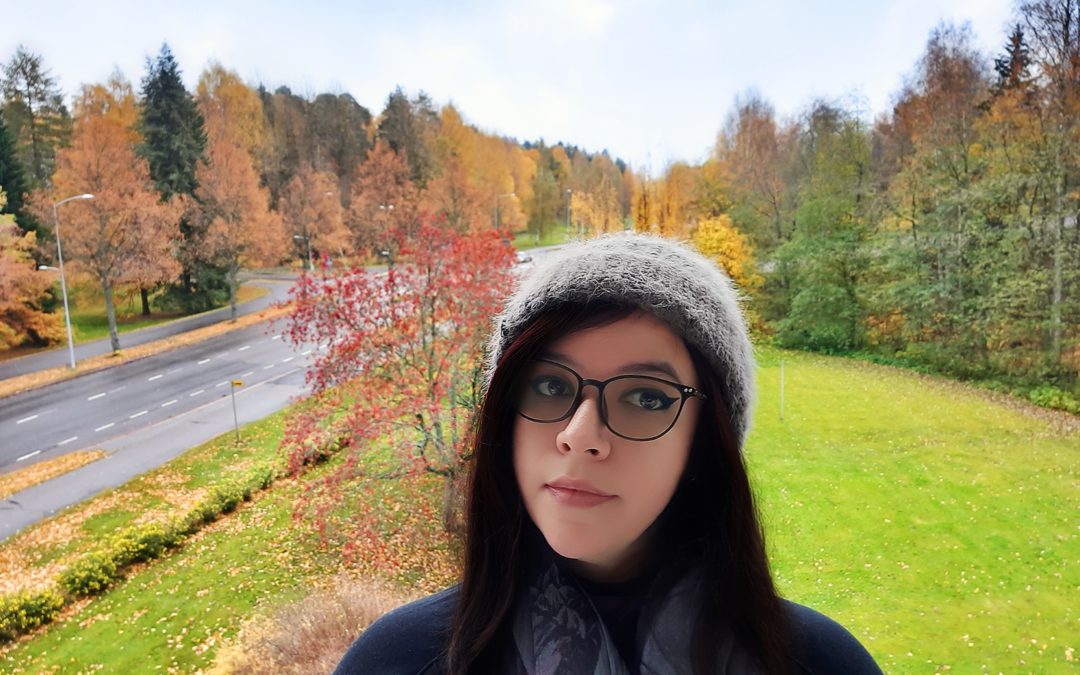 One of the grants of 4000 euros was awarded to doctoral researcher Michelle García Arroyo, who does her research in Lahti.

Looking at the sky to understand urban environment

Birds can tell a lot about the environment for Michelle García Arroyo, doctoral researcher in the Doctoral Programme in Wildlife Biology in University of Helsinki. Her project Urban Bird Ecology in Southern Finland focuses on urban ecology using birds as biological models to measure the responses of biodiversity that dwells in the city of Lahti.

The scale of the project is ambitious. It includes a city-wide survey of the green and urban infrastructure of Lahti as well as a structured survey of birds inhabiting the city. García finds the work and its conditions motivating:

– Having previously worked only in tropical cities it has been marvelous to me to notice how bird communities’ ecology and behavior shift so drastically between seasons, but most importantly how the incredible amount of urban greenspaces in Lahti provides enough resources for the over 60 species we recorded during our summer surveys last year, she says.

Survey grid has 217 locations across the city, which has made it common for García and other members of the research group to meet citizens while doing field work. García thinks that has been only a positive thing:

– It was a very gratifying experience when, during our surveys, people approached our team when they notice we were observing birds, pointing out how important these animals are to them and how pleasant is to be able to observe them across the city, she recalls.

The project has been off to a good start. García describes the first results as interesting and exciting and tells there are already publications on the way.

– These results have allowed me to design the next step of my research which will be focused on the behavior of birds in specific urban settings and how they use resources that are inadvertently provided by humans, such as trash bins in the streets, she explains.

With the help of this grant, García hopes to be able to shed some light on the human-bird interactions that occur in Lahti. In the larger picture, the grant is also a way for García to keep on doing her research in Finland as a non-EU citizen, with the aim to provide knowledge that can be applied in the management of the city for the benefit of biodiversity and its conservation.

The University of Helsinki Funds