Towards a Comprehensive Model for Urban Environments 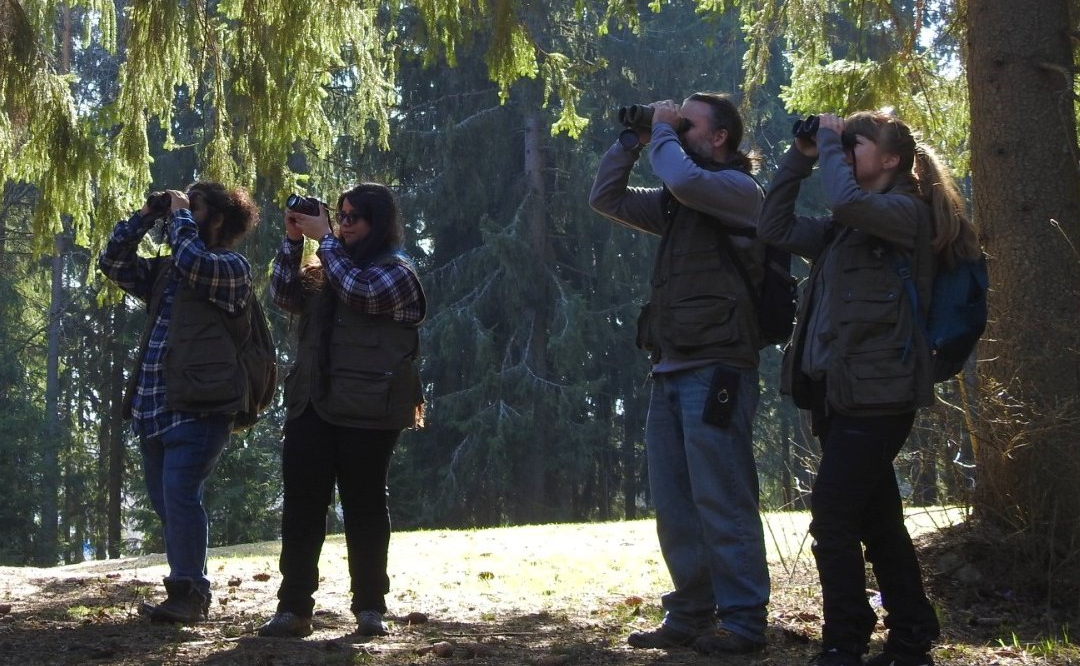 Building healthy and ecologically-friendly cities is no easy task. What are the factors one should consider and how do they affect each other? Ian MacGregor-Fors is an urban ecologist who wants to bring the pieces together by creating a new multilayered urban index that combines the sociological, ecological, and physical spheres of cities into a single model. Such an integral model would give us completely new insights on urban areas.

MacGregor-Fors started as a Professor of Urban Biodiversity and Ecosystems in the Faculty of Biological and Environmental Sciences in University of Helsinki in 2020. Currently, he splits his time between Viikki and Lahti, devoting most of his research efforts in Lahti. He has already had an extensive research career as a research scientist on urban biodiversity in Mexico and decided to take the opportunity to work at the University of Helsinki.

– When I was a graduate student I used to read Jari Niemelä’s publications. It’s kind of a dream to be in an institution where Jari is the rector and there is a fantastic urban ecology research team, he describes and adds that teaching many students in a university atmosphere feel like fresh air.

MacGregor-Fors thinks that coming to Finland serves to broaden his view on both the globalness of urbanization and existing urban platforms. Good access to information is also a positive thing for a researcher interested in the big picture. There is an important amount of information readily available for researchers in Finland, which can enable new research routes. He is now starting some comparative projects between contrasting cities in terms of location, nature, and urbanization.

Lahti is the European Green Capital 2021. University of Helsinki has conducted environmental research in the area for decades and this has played no small part in the transformation of the city. MacGregor-Fors sees Lahti as a place that has potential to combine the interests of researchers and decision-makers even further. He is already writing a paper on Lahti’s journey from being an industrial city to the Green Capital together with his colleagues and is currently starting new research projects in Lahti.

Biodiversity as a Thermostat

An experienced researcher can go to a site, record which species are present (and others that may be absent, actually), and already have an initial idea about the site’s environmental condition. MacGregor-Fors has specialized on birds, but emphasizes that studying other groups often gives additional information on different aspects of cities. To him, biodiversity is an ecological thermostat of cities.

Urban ecologists are often asked to provide answers to questions on different temporal scales. A typical one could be whether to build a gas station or a convenience store in place A or place B and the answer has to be given fast to proceed with the development. Although rapid assessments are possible if there is already an understanding of the general biodiversity of the city, giving quick answers is never easy and the best way is to plan ahead.

– One of the things I want to do in Lahti is to start doing some multi-taxonomic studies to see here, in this boreal ecosystem. Which is the most informative group in a short scale (and under which scenarios)? Then, when you have the large scale, other groups can inform you about different things, for example for urban planning. If you have a monitoring system around the city in place, you can refine decision-making and further eco-friendly efforts, MacGregor-Fors says.

Where the Clues Lie

There are many ways to gain information on biodiversity and the most accurate method will always depend on the question in hand. Usually, the best way to start is to take a look at the communities or entire groups of species. High numbers of some species, as well as the absence of others, are clear signs. For instance, the presence or abundance of House Sparrows can tell that the area is most probably urban, with high human activity, but most probably has a many shrubs and places to hide, roost, and nest.

Studying the wildlife health or even genetics would be an example of a deeper examination of urban biodiversity. The same species may have the same abundance across areas of different urban land-uses, but blood or fecal samples may reveal that their health is different on different areas, as results of some studies in which MacGregor-Fors collaborated have shown.

Back in Mexico, MacGregor-Fors started to envision a comprehensive tool for studying urban environments from all of its main aspects. This idea has grown into a pilot study in Lahti, funded by the Helsinki Institute of Sustainability Science (HELSUS). The new multilayered index takes into account the three main spheres of the city (sociological, ecological, and physical), differing in aim and scope to other measures, such as the City Biodiversity Index (also known as the Singapore Index), which is undoubtedly a valuable tool to assess urban biodiversity.

The pilot study will consider plants and birds from the ecological arena. In the future, more wildlife groups are planned to be added, for example mammals or arthropods. Biodiversity information combining data from these different sources makes it is possible to combine the information into models that allow quantifying the ecological integrity of cities. Then comes adding the social part by bringing input and numbers about the socioecological nature of city, among other aspects.

Lahti is an ideal urban ecology lab, not only for the pilot study, but also for further efforts in pushing evidence-based knowledge to action. The size of the city makes it possible to make citywide research within reasonable time frames, which together with additional factors add to the research suitability of Lahti. MacGregor-Fors hopes that the pilot is only the beginning. He wishes build upon the generated knowledge and make of Lahti an urban ecology reference, while also comparing it with cities from across the globe.

In the 5 months that MacGregor-Fors has lived in Finland, he has perceived that Finnish people have a tight connection to nature in general, and are welcoming towards research on biodiversity and eco-friendly practices and sustainable transitions.

MacGregor-Fors thinks that evidence-based knowledge needs to be put out there to the general public in a format that is not only informative, but also appealing. Still, it’s no surprise that not all scientists are good popular science writers, nor do they have to be. We need to push forward through diverse collaboration to communicate more and in a better way, MacGregor-Fors suggests.

MacGregor-Fors points out that urban systems are complex and somehow represent the epitome of the Anthropocene. Yet, we are in a breaking point in which we need to move forward to promote and normalize biodiverse, livable, and resilient cities.